I have a baby photo in my collection which I now believe is from the batch of photos formerly owned by my grandfather, Guy Raymond Summerell. The photo is labeled “Raymond Cuthrell.” I didn’t know of any Cuthrells in the family, so I did some research to see who he is and why I have his baby photo. 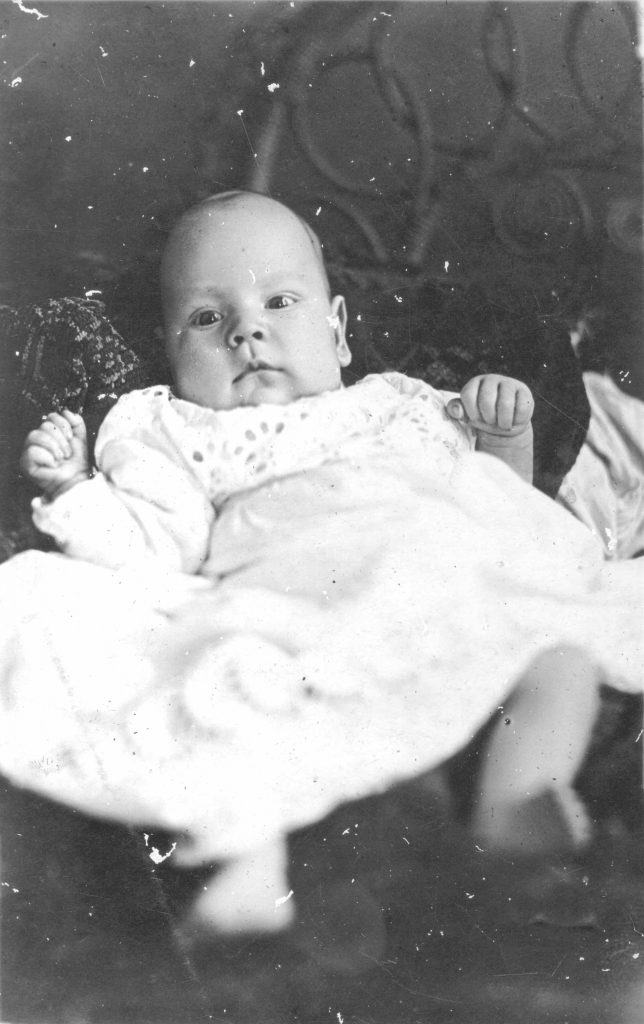 Raymond Edward Cuthrell was born on January 19, 1932 in Norfolk, VA and died June 1, 2007 in Coral Gables, Dade Co., FL. His father was Julian M. Cuthrell and Virginia Mae Mann. There are a lot of Manns in eastern NC, so I decided to start my research with Virginia. 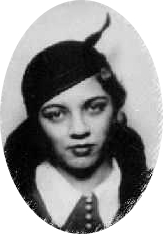 Virginia Mae Mann had a short life that seemed troubled. She was born on March 14, 1914 in Norfolk Co., VA to Marion Spencer Mann and Bessie Mae Williams. When she was 17, she married Julian M. Cuthrell on October 14, 1931 in Camden Co., NC. Then she had her son Raymond three months later on January 1, 1932 in Norfolk, VA. Then nine months after that, she married Paul Everett Lennox on October 20, 1932 in Norfolk, VA. I cannot find a divorce for Cuthrell, even though he lived until 1976. Just two years later, she turned on the gas in the kitchen and died October 10, 1934 in Norfolk, VA. Her death certificate gives her name as Virginia May Lennox Cuthrell, even though it gives her current husband as Lennox. It says her death was either accidental or suicidal. She was buried October 12, 1934 at Oakdale Cemetery, Washington, Beaufort Co., NC. Her tombstone gives her name as Virginia Mann Cuthrell. This leads me to believe that there was some problem with her second husband. Since I haven’t seen the second husband in online genealogies, it may be that the rest of the family didn’t know about him, and they may not have known all the information that appeared on the death certificate. 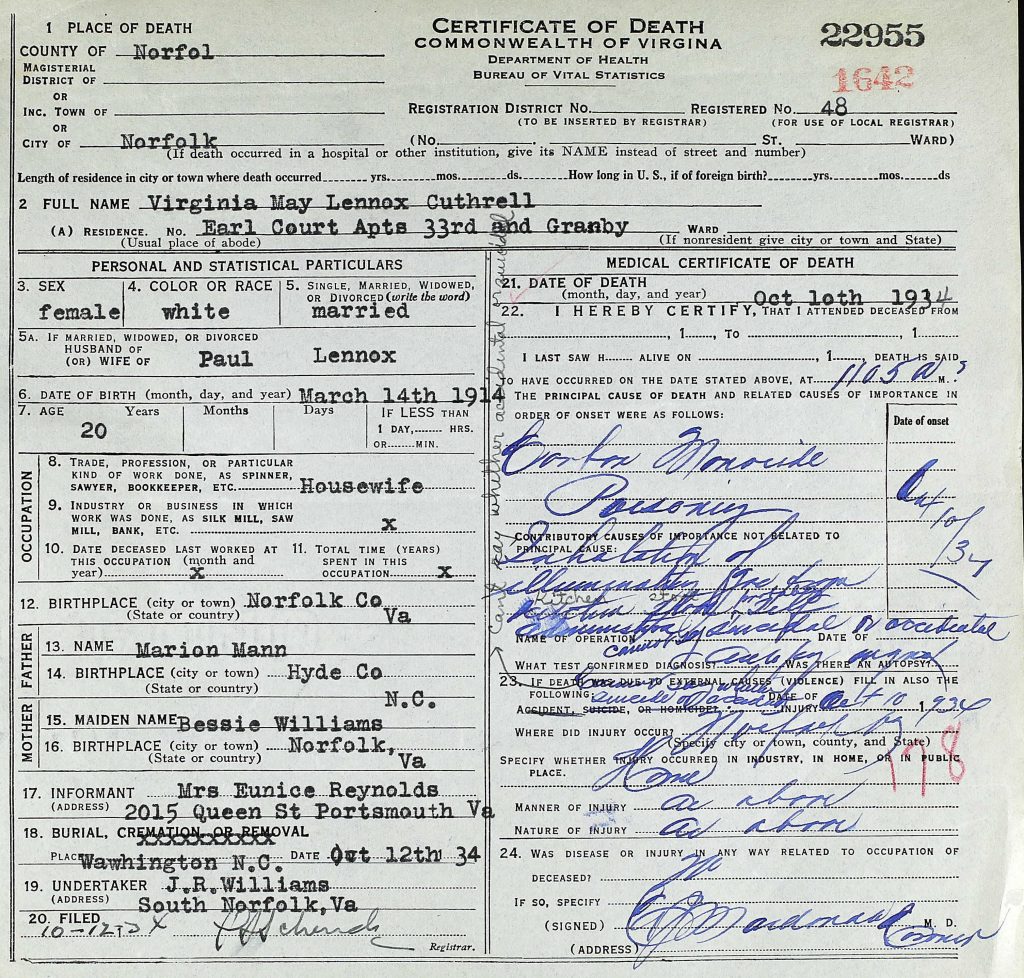 Virginia’s parents took Raymond to raise, as he is with his Mann grandparents in the 1940 Census in Beaufort Co., NC. The next notice of him is the social security record of him getting his social security card in January of 1945, when he was 13 and probably starting to work. In 1995, he changed his name to Ray Edward Cuthrell on the social security records. He also got a delayed birth certificate in Norfolk, VA and gave his birth date as January 20, 1932, even though it is January 19, 1932 everywhere else. He also gave his name as Ray Edward Cuthrell.

I went to the Marion Spencer Mann family to see if there was a connection with any of his ancestors or descendants. I looked at one of the family trees on Ancestry and found that one of his daughters, Elsie Blanche Mann, was married to James Albert Smith. There are a lot of Smiths related to my grandfather, as both of his grandmothers were Smiths and were sisters.

The next thing was to find out how Louisa Frances Summerell was related to my grandfather. The only online tree that listed a father for her said that his name was Blaney Sumrell. I did a thorough search and found that there was no one by that name old enough to be her father. As I was looking at trees that had her listed, I found one that had a link to her marriage record. Luckily, the record had the parents of both the bride and groom listed. It listed her father as Lemuel Summerell and her mother as Melvina, and it also gave her age, which indicated a birth year of approximately 1853.

I looked in my own tree and found Lemuel and Melvina. I also found that I had a daughter for them listed as L. F. Summerell, born about 1854. So here was Louisa Frances Summerell and the final link between Raymond Cuthrell and me. Raymond Cuthrell’s uncle, James Albert Smith, was my 3rd cousin, once removed, as you can see in the chart below.