Elizabeth Slaughter was the youngest daughter of Isaac Slaughter and Charlotte “Lottie” Scrugg. She was born about 1817 in Granville Co., NC and had three daughters (Amanda, Mary, and Elizabeth) while she was single. She married William S. Ascue at the age of 40, after all her children were born. William soon died in the Civil War (1863). Previous genealogies have been incorrect in almost all the particulars. 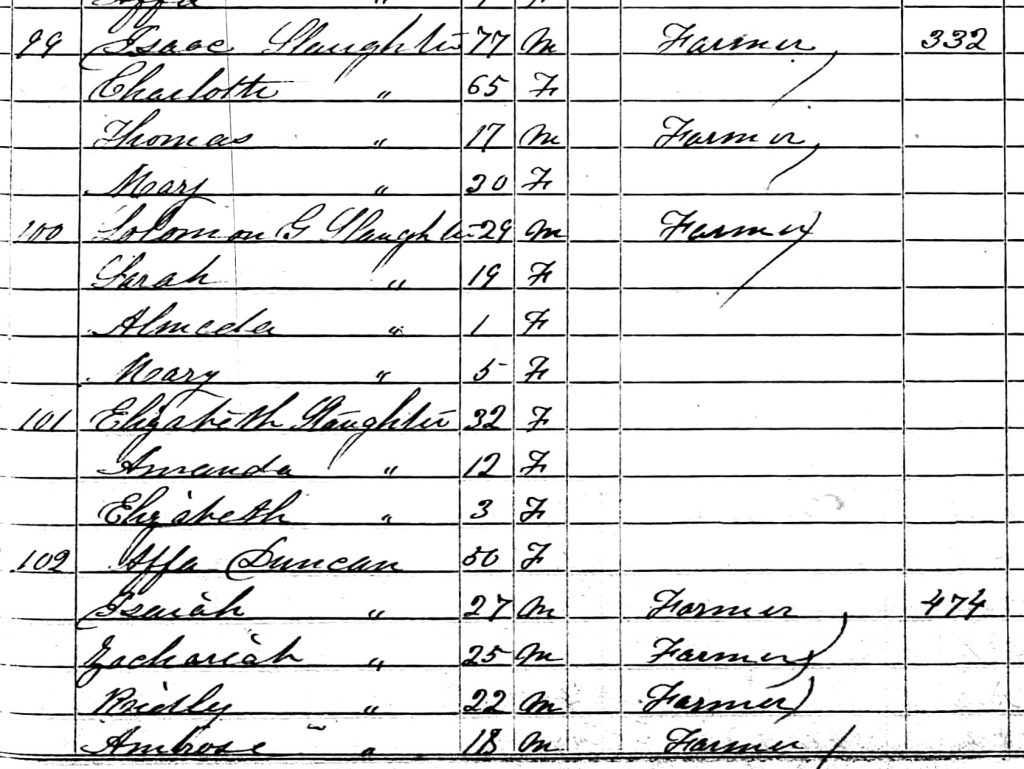 1850 Census of Granville Co., NC, showing Elizabeth with daughters, Amanda and Elizabeth. Daughter Mary is just above in the household of Elizabeth’s brother, Solomon G. Slaughter.

Here is Amanda Slaughter in the 1860 Census of Granville Co., NC.

Here is Mary Slaughter in the 1860 Census of Person Co., NC, living with her mother’s brother, Jacob L. Slaughter. 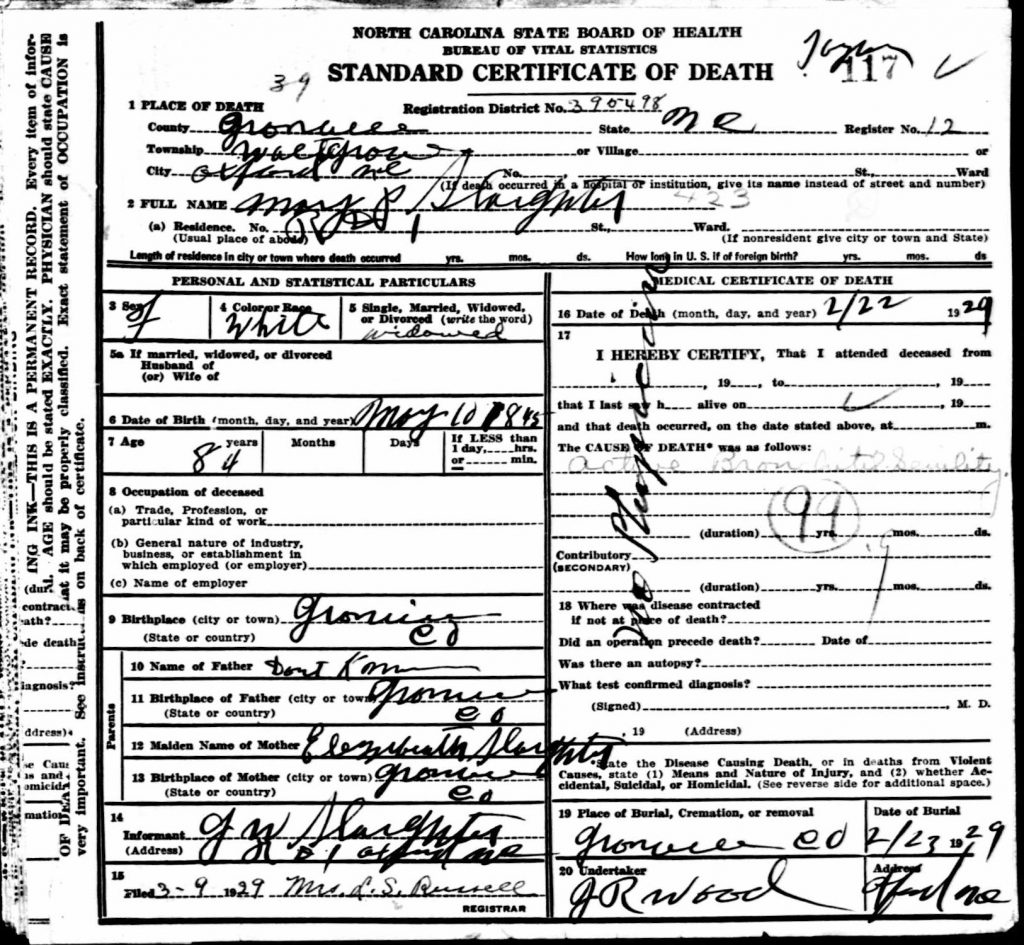 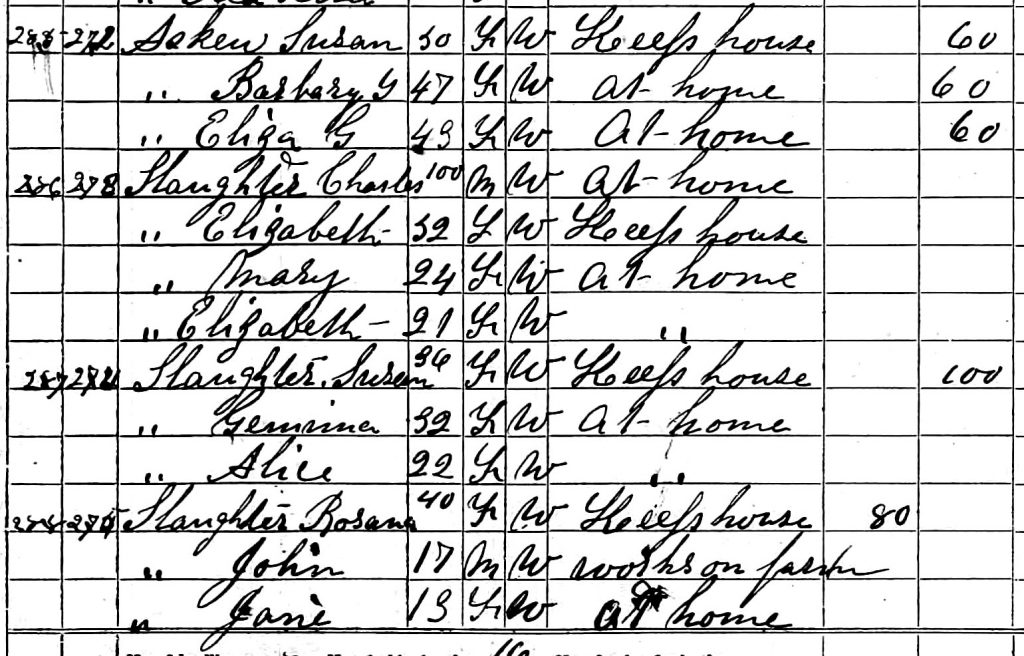 Elizabeth and her two younger daughters in the 1870 Census of Granville Co., NC, living with Charles Slaughter (unidentified). 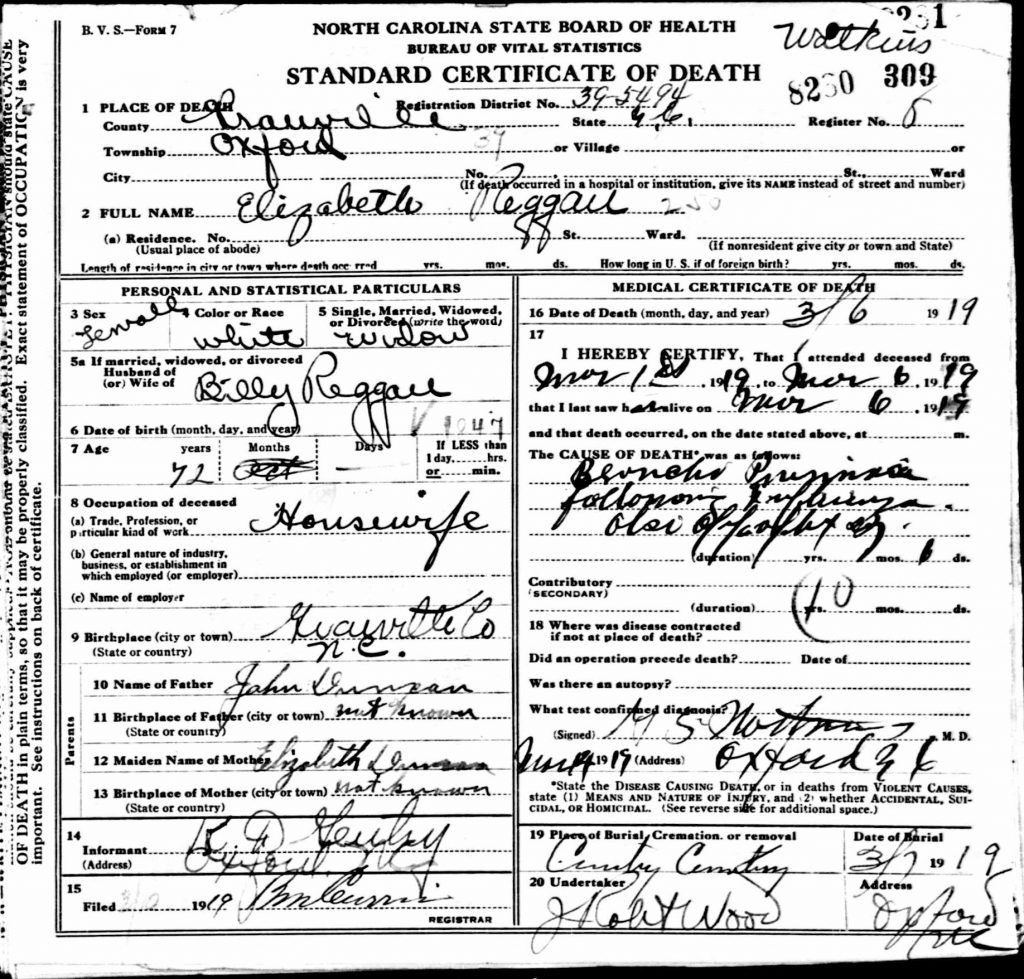 In summary — The third daughter, Elizabeth, is John’s child according to her death certificate. The second daughter, Mary, was born just a year before, and would probably have the same father. The first daughter, Amanda, was living with John’s brother, Sterling, in 1860, so that’s another connection to John Duncan, Jr. Therefore, Elizabeth Slaughter most likely had three daughters with her cousin, John Duncan, Jr.