I am working on a book on the Slaughter family, the descendants of Jacob Schlotterer, who was born in 1693 in Bodelshausen, Germany and died in 1769 in Germantown, PA.

During the past year, I discovered that there is a resource in Germany that collects town records together for easy reference. It is a series of books called town family books. In German, that’s Ortsfamilienbuch. A cousin of mine, Martha Hills, emailed me that there was one of those books recently published containing the records of Bodelshausen, the village from which our ancestors came. It is called “Ortsfamilienbuch von Bodelshausen,” compiled by Hermann Griebel in 2014.

Earlier this year, another cousin emailed me that she was going on a trip to Europe and would be visiting Bodelshausen. I asked her to pick up a copy of the Bodelshausen book for me. She did that, and I am now going through it and adding to my genealogy.

While going through the book, I noticed that there were some family photos for some people, and there was an animal poster for one of them.

One of the articles was a German Wikipedia article on Johannes Nill. The first thing I noticed was a copy of the same animal poster that I had seen in the Bodelshausen book. I figured that Johannes was important enough that I should write about him, and since he was in the Bodelshausen book, and I’m related to most of the families in the book, that he might be a relative as well. 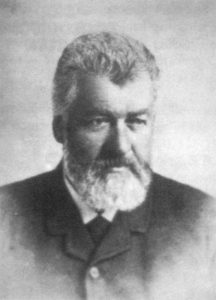 I found Johannes Nill in the Bodelshausen book and traced each line of his ancestry. I found that he was, indeed, related to me. Here is a chart showing that relationship: 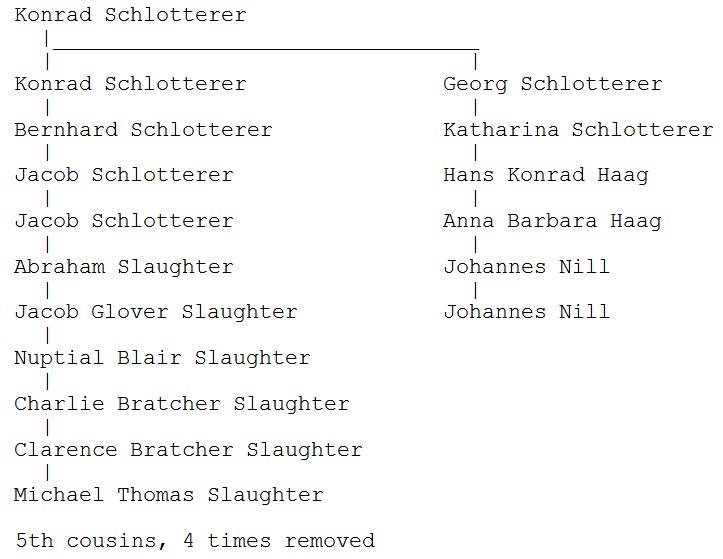 Johannes was a carpenter by trade. Around 1870, he bought some exotic animals, and in 1871, he opened a zoo on his property on the outskirts of Stuttgart. It was called Tiergarten Nill. Tiergarten is German for “animal garden.” At its peak, the zoo would have over 20,000 visitors on a Sunday afternoon. 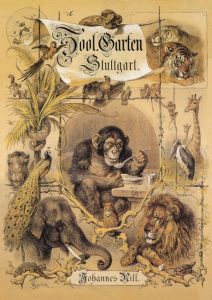 When Johannes died, his son Adolf took over. Eventually, the city of Stuttgart expanded until there was housing all around the zoo. People started complaining about the noise and smell. So the zoo was forced to close in 1906. The animals were sold to other zoos, and the property was sold to the city of Stuttgart for a million marks.

One of his great accomplishments at the zoo was the first breeding in captivity of the great anteater. 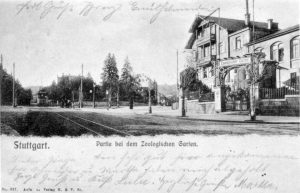 Photos all from Wikipedia.