Here is a chart showing my two ancestral lines, going through my paternal grandparents, back to Edward Filmer and Elizabeth Argall. 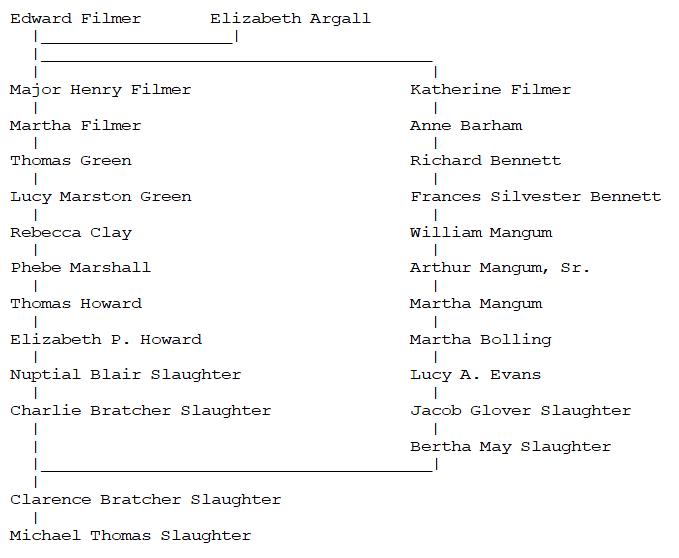 Here is a chart from Elizabeth Argall back to Richard FitzAlan, 8th Earl of Arundel, and his wife, Alicia di Saluzzo. It also shows a line back to Edward I, King of England. The lesser known of these three people is Alicia di Saluzzo, who I will cover below. 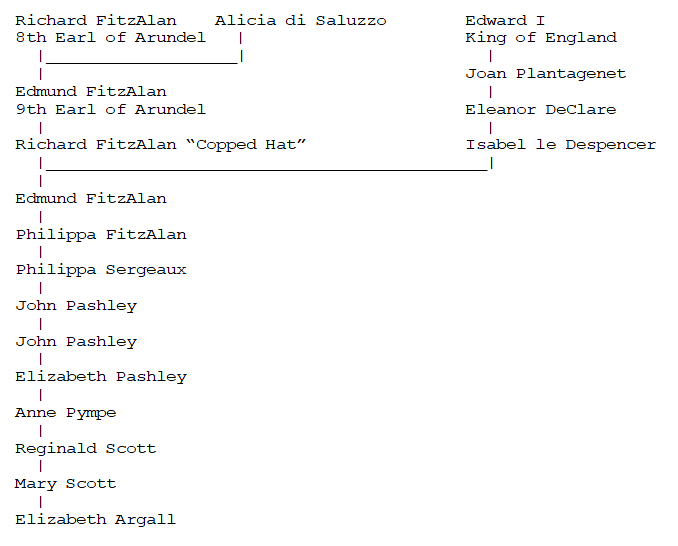 Alicia di Saluzzo was the daughter of Tommaso I and Luigia di Ceva. Tommaso’s line goes back to Hezekiah II, a Jewish exilarch who was executed around the year 1058. Hezekiah II was the 38th Exilarch of the third series of exilarchs since the Babylonian captivity. 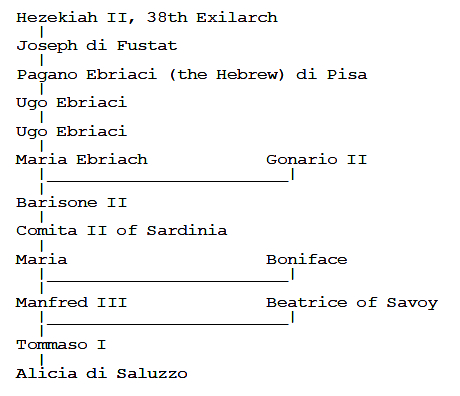 The ancestral line of Hezekiah II goes back to Bustanai ben Hananai, another Jewish exilarch, and his Persian wife, Izdundad. 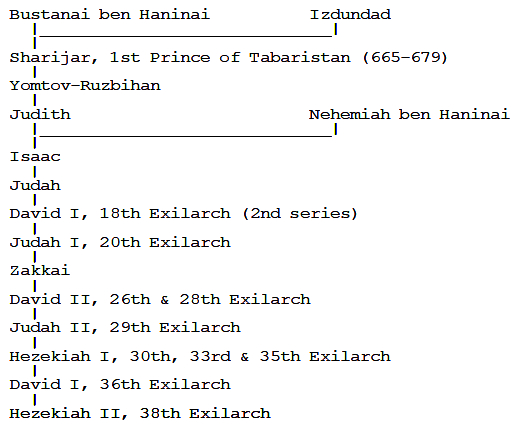 Bustanai ben Haninai died in 665. His ancestry goes back through a long line of exilarchs all the way to the Babylonian captivity and then back to King David.

Izdundad’s line goes through Persian kings back to Hormisdas II, Shah of Persia, who died in 309, and his wife, Ifra Hormiz. Ifra’s ancestry goes through the Kings of Kushans and the Kings of Bactria back to the emperors of India. The earliest I have is Chandragupta Maurya, who was Emperor of India from 321 BC to 297 BC. 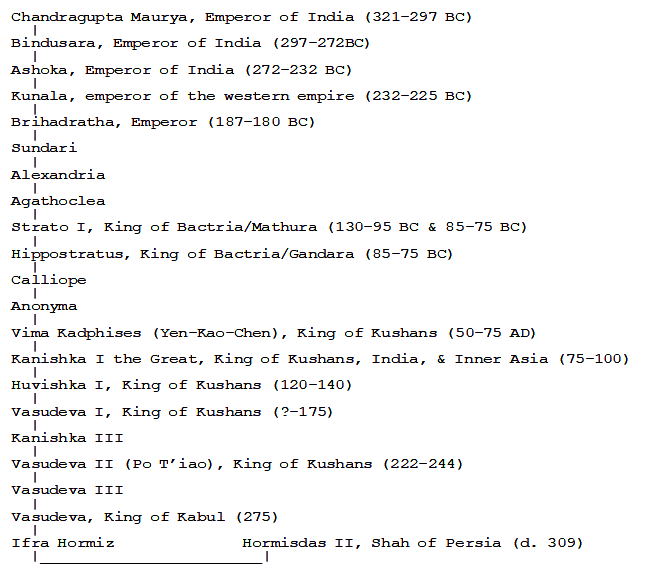 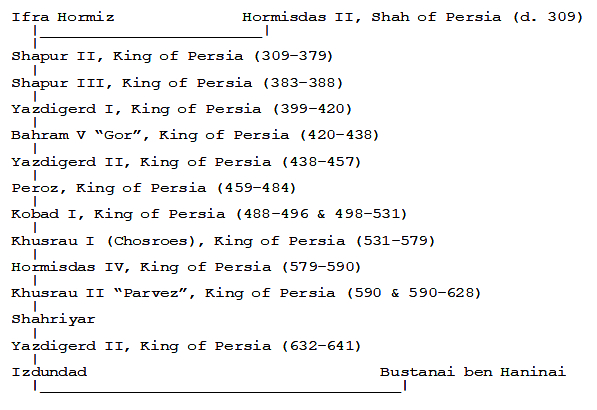 I hope to cover more of these ancestral lines in future articles.

42,303 people
and thousands
of stories