Enos Bradsher Slaughter was born April 27, 1916 in Roxboro, North Carolina. He died August 12, 2002 in Durham, North Carolina. He was the son of Zadok Slaughter and Lonie Frances Gentry. He was born and raised in the house built by his great-grandfather, Jacob Glover Slaughter. Here is a photo of that house. The small building at the right is where Enos and his first wife lived after they got married. The second photo is a nearby tobacco barn that Enos probably worked in when he was younger. 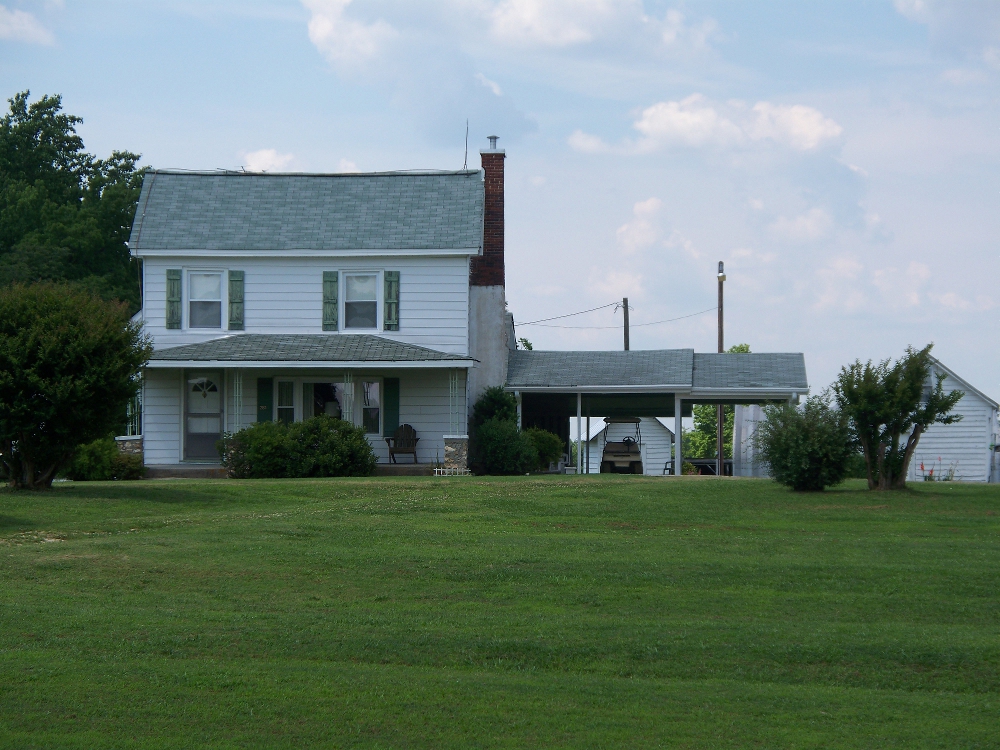 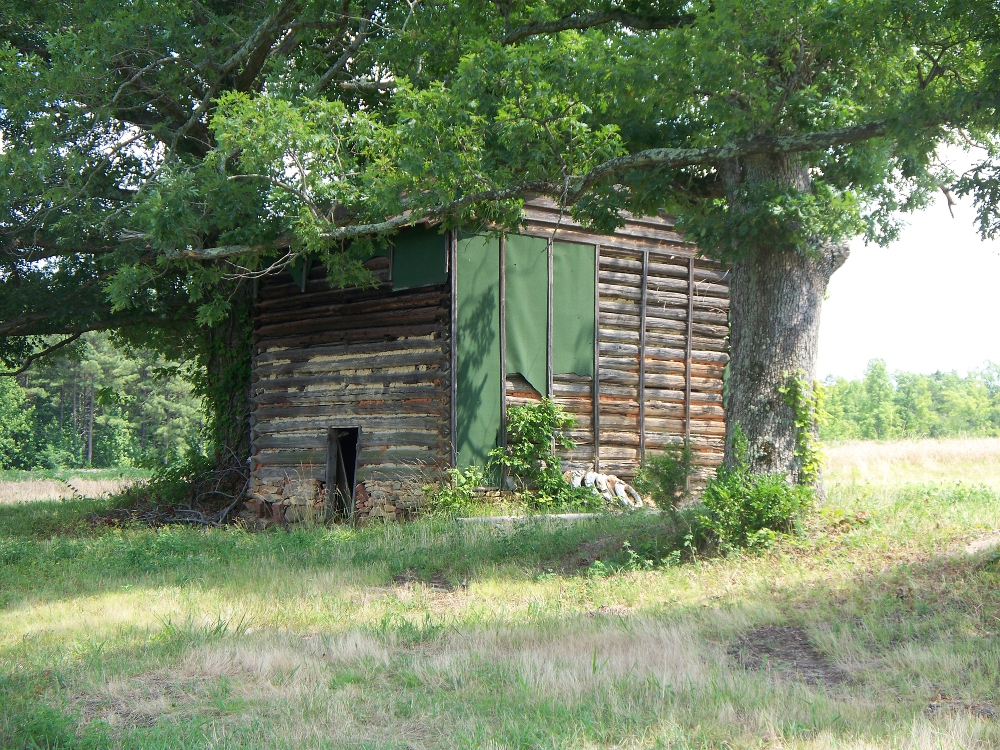 Enos was a major league baseball player from 1938 to 1959, playing with the St. Louis Cardinals, New York Yankees, Kansas City Athletics, and Milwaukee Braves. He always considered himself a Cardinal. 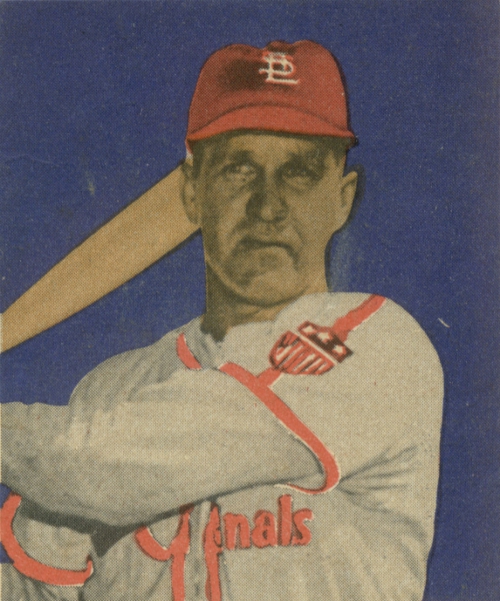 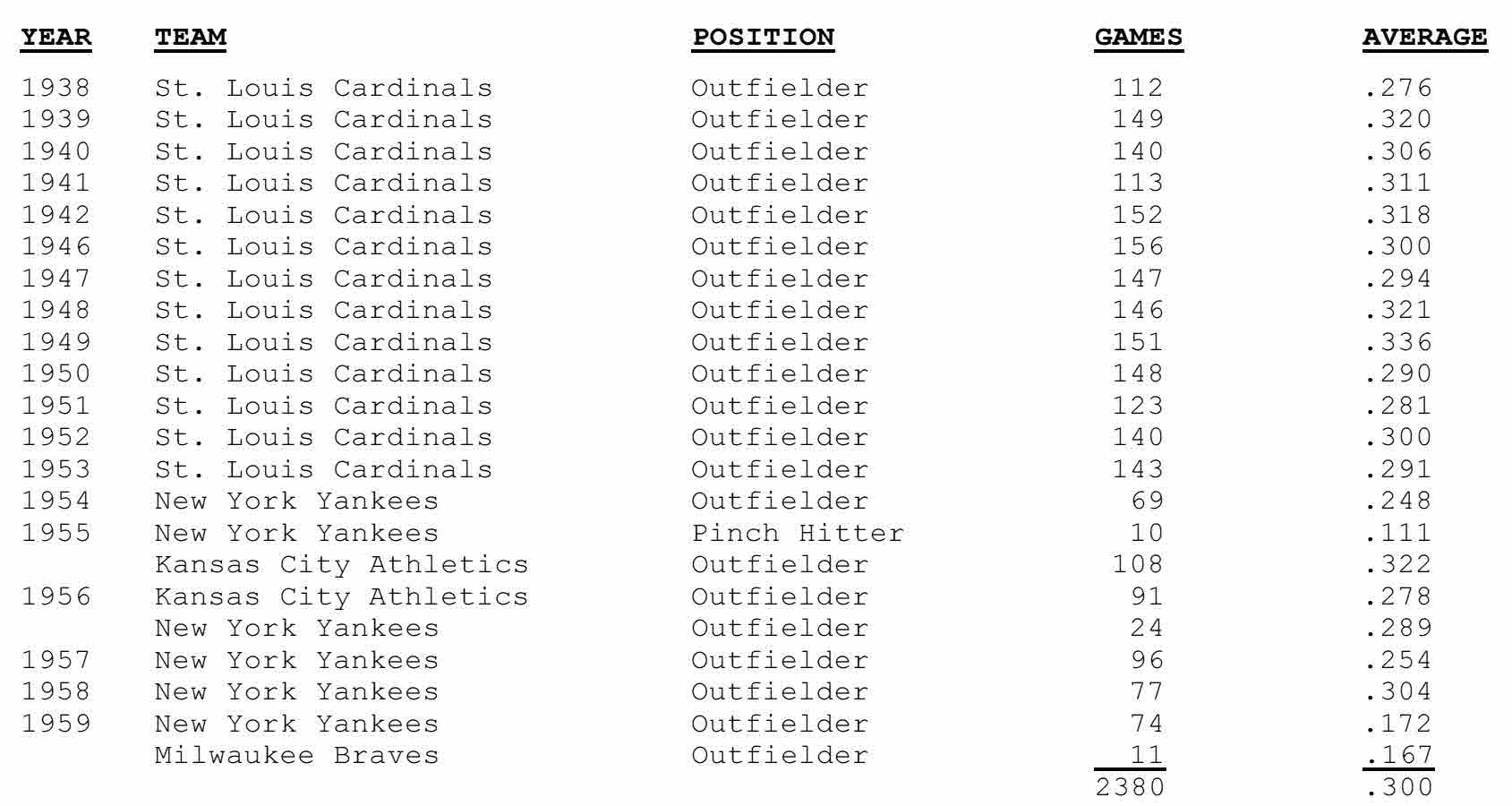 Enos helped the Cardinals win the 1942 World Series against the Yankees by hitting a home run in the fifth game. They won the game 4-2 and won the Series 4 games to 1.

His most noted game was the fourth game of the 1946 World Series. The Cardinals were playing the Boston Red Sox. He had hit a home run earlier in the game to tie the score, but the play that every baseball fan remembers was described in a baseball history book: “With two out and the score tied in the eighth inning of the last game, Enos Slaughter scored all the way from first on Harry Walker’s hit over the shortstop’s head.” It was the Series winning play and is known to this day as “Enos Slaughter’s Mad Dash,” one of the top 10 moments in baseball history. A bronze statue of Enos Slaughter commemorates this event outside Busch Stadium in St. Louis.

I first saw Enos in June of 1968 at the Slaughter reunion, which was held at Mt. Zion Baptist Church in the community of Berea in Granville County, NC. Here is a photo taken that day, which I believe shows him sitting in a lawn chair. 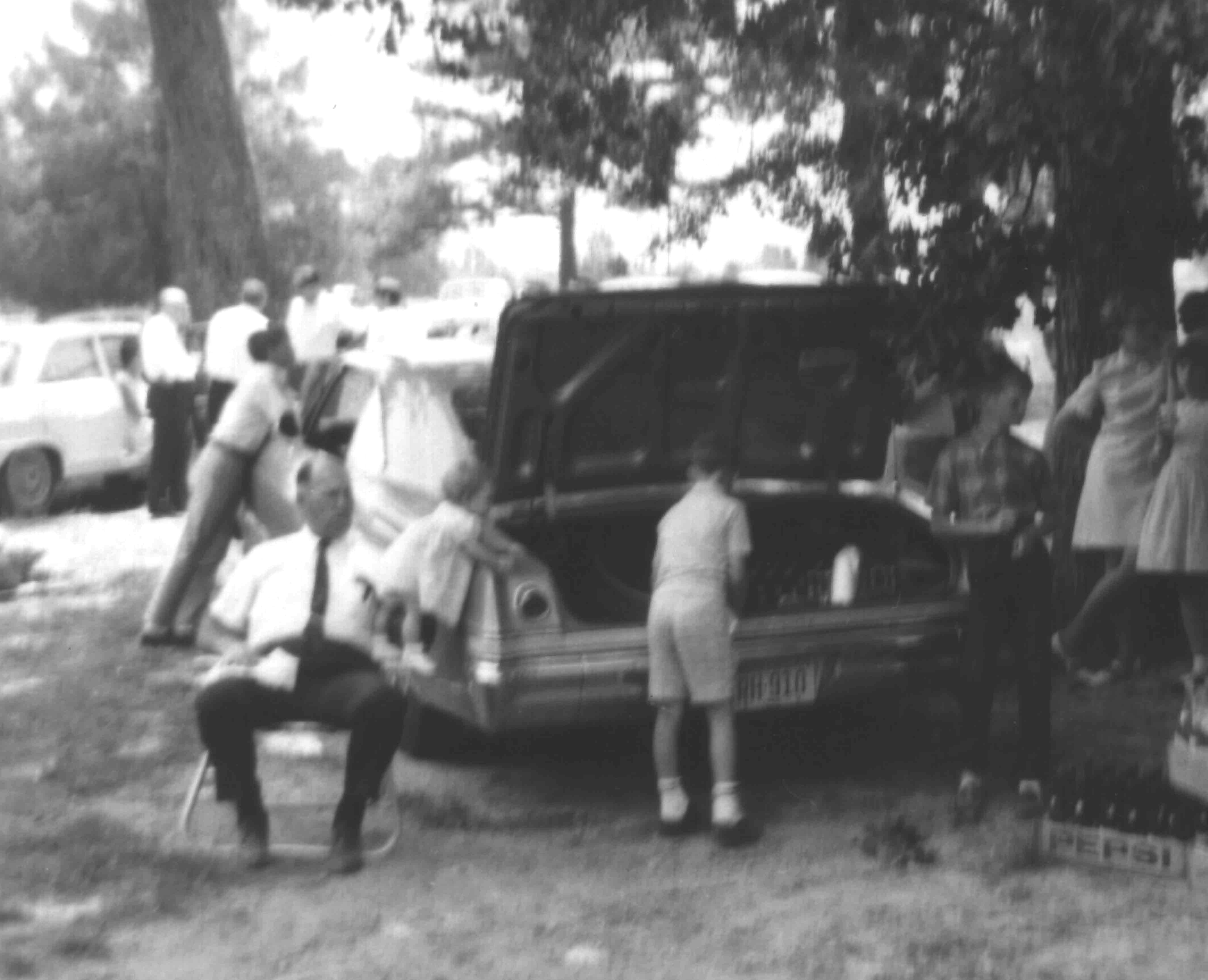 On March 6, 1985, he was elected to the Major League Baseball Hall of Fame in Cooperstown, New York.

After he retired from playing, he was the head baseball coach for Duke University. I saw him and got his autograph in the early 1970s when I was attending UNC in Chapel Hill. In his later years, he farmed and played in old-timers games.

On August 12, 2002, he died in Durham. I attended his funeral on August 15, 2002. The funeral and burial were at Allensville United Methodist Church in Person County, North Carolina not very far from where he lived. The funeral was a media event, with TV trucks and reporters. There was such a crowd, that many of us had to watch the funeral on closed-circuit TV in the basement of the church. Others could only listen to the audio under a tent outdoors. There was a speech by Dale Petroskey, President of the National Baseball Hall of Fame. A former Yankee teammate, Bobby Richardson, also spoke. Former teammates, Stan Musial and Lou Brock attended the funeral. Photos and a copy of the funeral program are in the Appendix.

He designed his tombstone. Here is a photo of the front of the tombstone taken not long after the funeral. The date of death had not been carved yet. 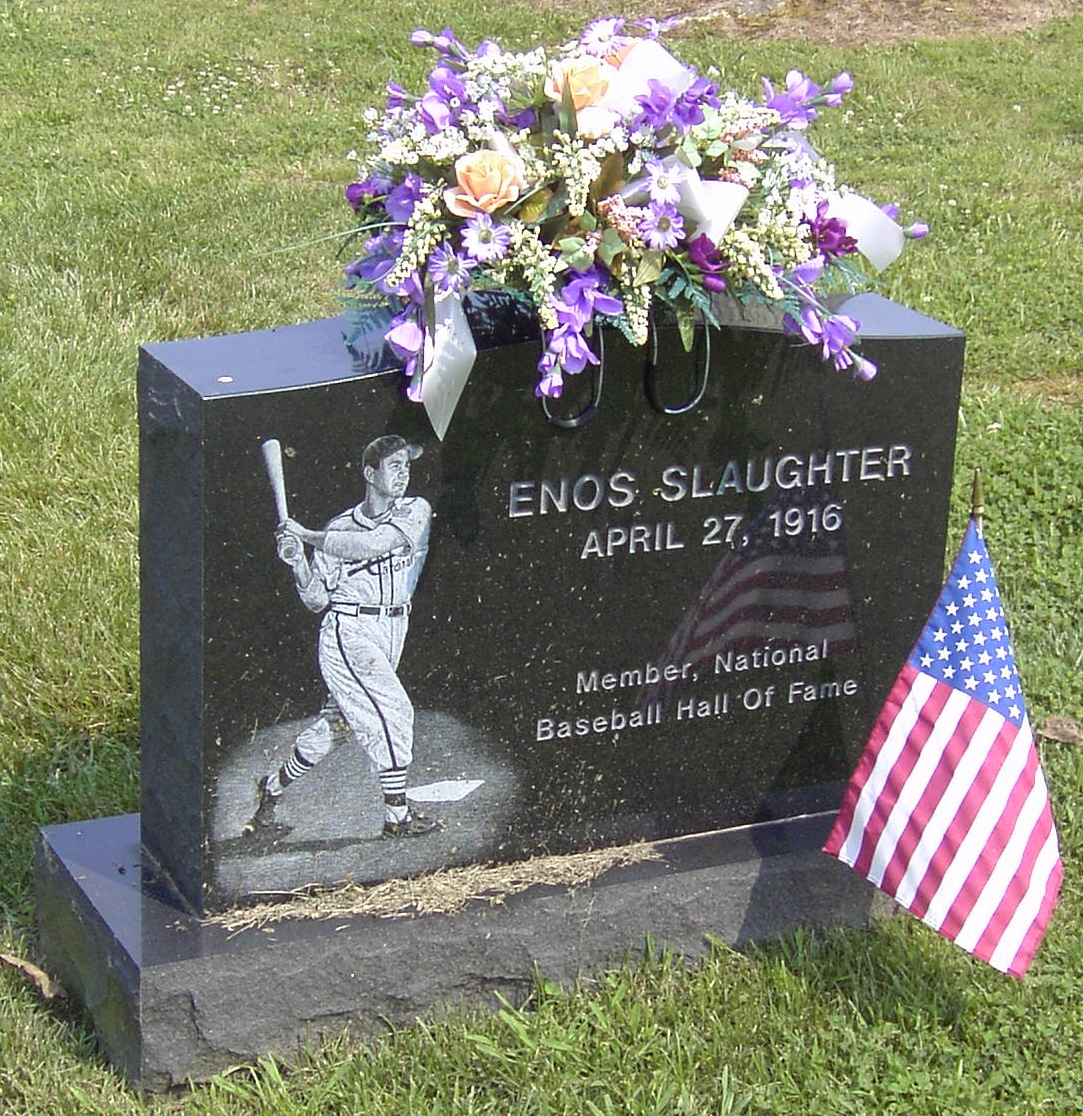 Here is a later photo of the front of the tombstone after the death date was added. 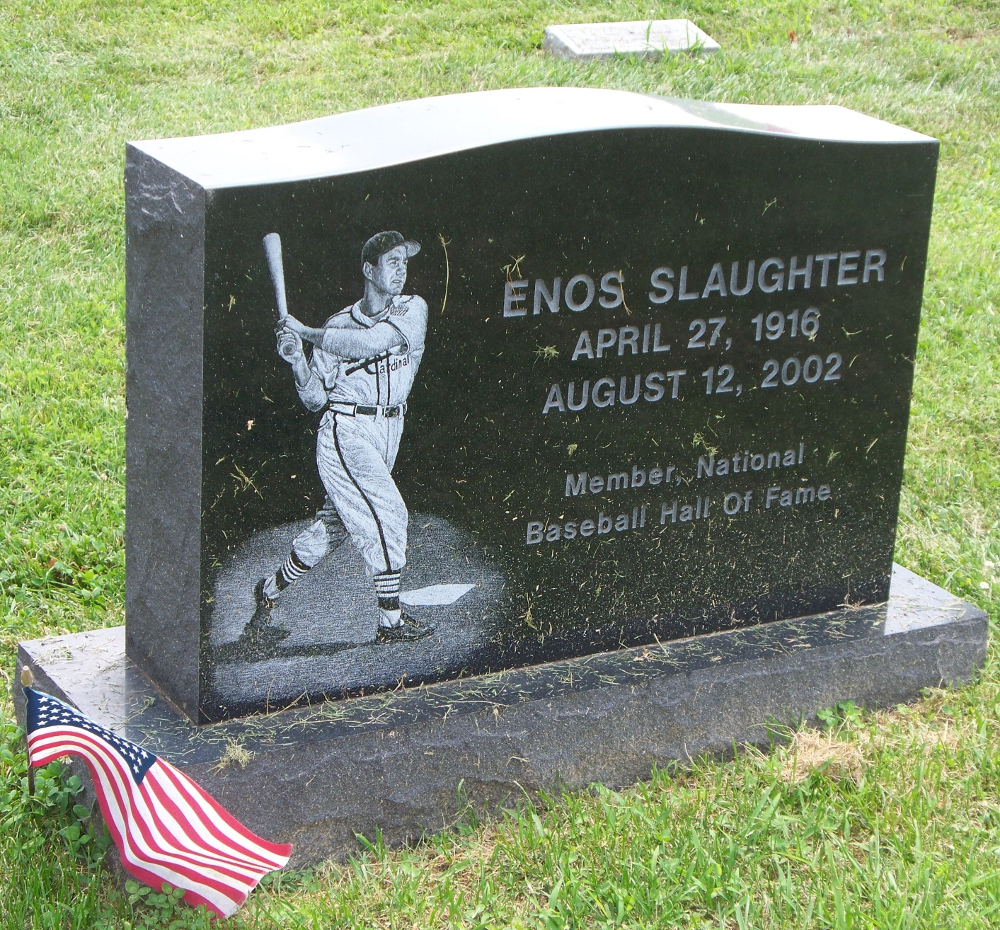 Here is the program from his funeral. 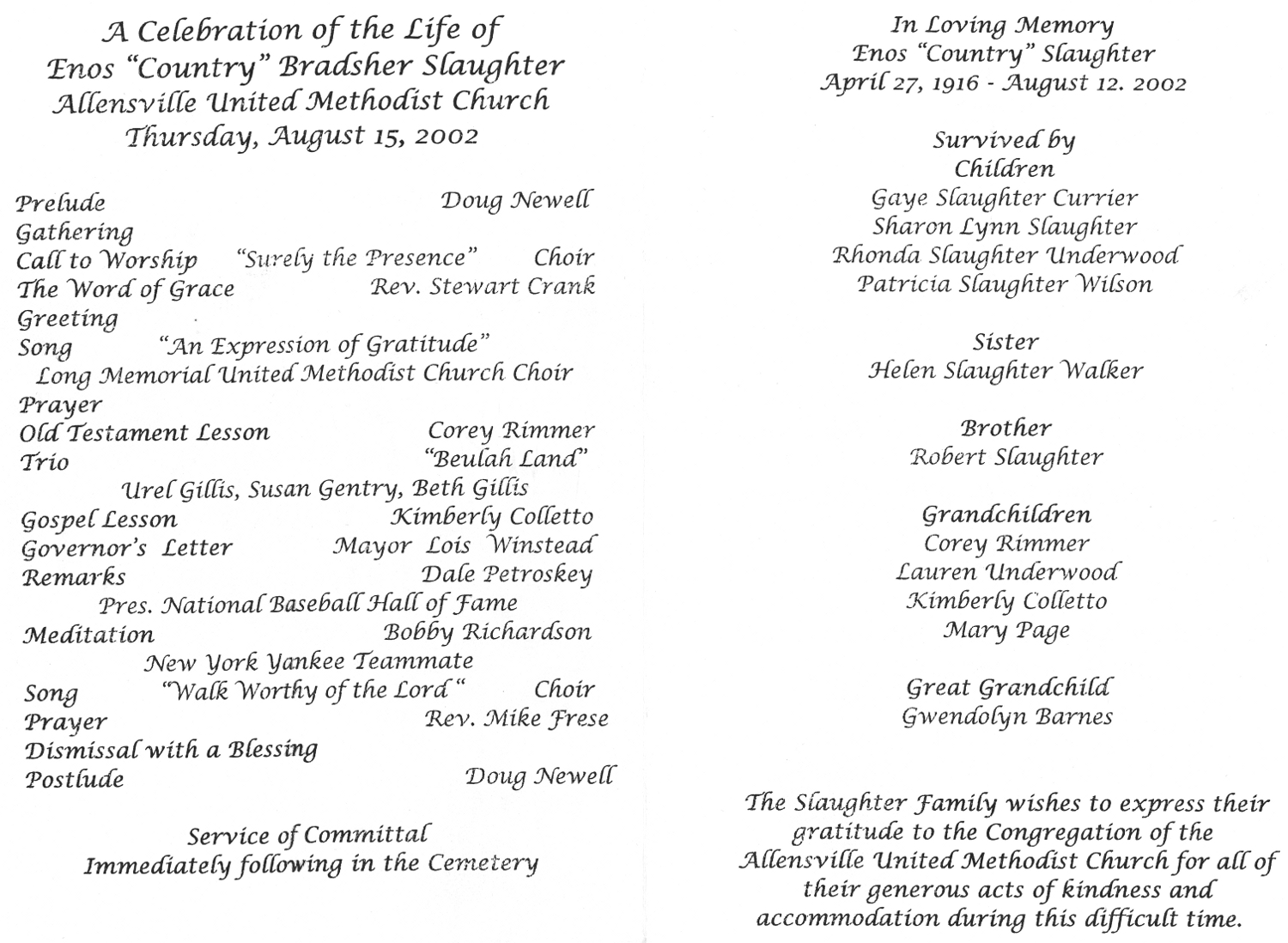 At the end of the burial service, his daughters spoke, sang “Take Me Out To The Ball Game,” and then said “Daddy, we love you.” There was not a dry eye present. You can see what they added to the back of his tombstone below. 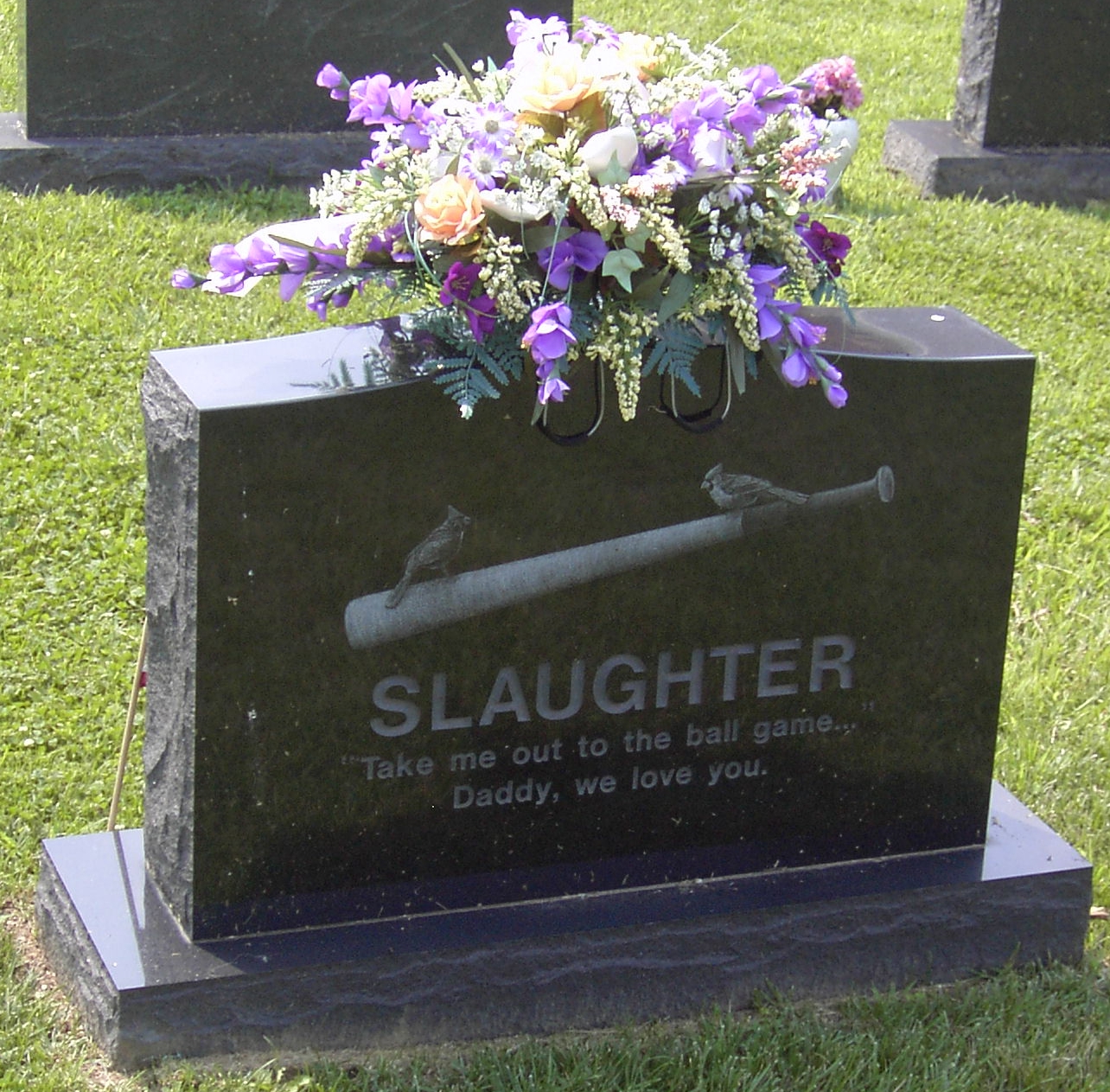